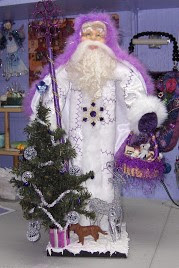 obviously my picture-taking abilities needed a
LOT of work!!

I also did a number of this type of beaded buttons... 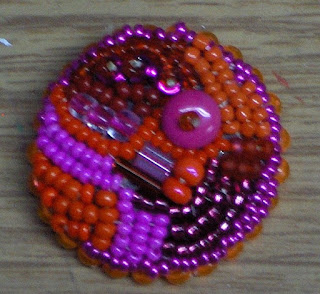 And, just for a change of pace, I even stenciled a wall!
I've done this same wall twice.  My friends had it
done once and a number of years later wanted to
re-paint and asked me to recreate the original. 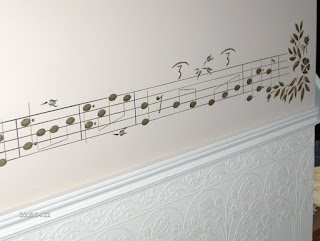 2009 marked the beginning of a year-long
art doll round robin collaboration and in June
I sent out this poor nekkid little doll.. 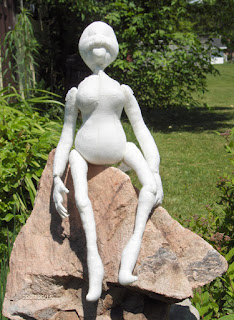 AND, through the wonders of modern technology,
here she is as she looked when she returned
home to me, approx. a year later! 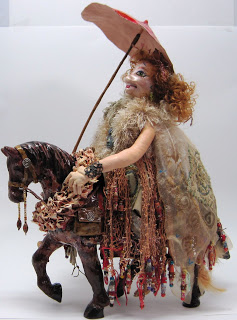 Her name is Shudayra!!
If you want to see further details, have a look at my post found HERE.

In August of 2009 I was hard at work making a ring bearer's pillow that ended up looking like this... 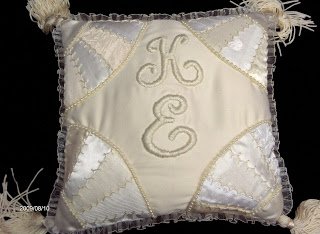 - THIS is a really pretty crocheted vest pattern.

- One of THE most talented embroidery artists I know (as well as being an all-around nice person!) is Karen Ruane.  She has just announced her newest online class and I can guarantee you will love every minute of it (if past classes I've taken part in are any indication!).  You can read more about it HERE.  And if you don't know Karen, please have a peek around her blog and be prepared to be awed and inspired!!

- If you know someone who is a fan of nail polish, perhaps you'd like to make her one of THESE bags?

- I found THIS post to be interesting....so many different variations on an exploding needlework box  (also known as etuis). The blog isn't in English, but there is a translate feature...altho' you won't need it.

- THIS intrigues me!  What embroiderer wouldn't like one of these to hold embroidery supplies??  Or how about making one (or several) of THESE?

Today's quote is from Mel Robbins..."Don't tell people your dreams.  Show them"

Posted by Magpie's Mumblings at 9:58 AM