Never let it be said that here at Chez Magpie there is ever a lack of eyebrow-raising and disbelief.  The latest on that front is that the Mrs. has reverted to childhood.  Yes, people, she parted with the princely sum of $1.64 (plus tax) for the giant economy sized box of 64 Crayola crayons.  Can drooling and bibs be far behind?

In March I completed work on a bed throw that currently graces the foot of our bed (and admirably covers the fact that our mattress is extra long and manufacturers don't make bedspreads long enough).  This was created using some (a mere drop in the bucket actually) of my stash of white 'stuff'.  There's bits of things that belonged to my mother and grandmother - along with things that have been gifted to me over the years for use in my crafting... 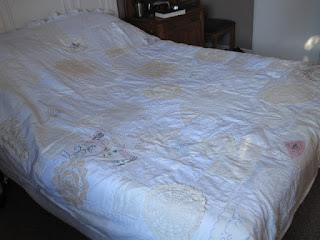 If you'd like to read more (and see more pictures) have a look at the post HERE. 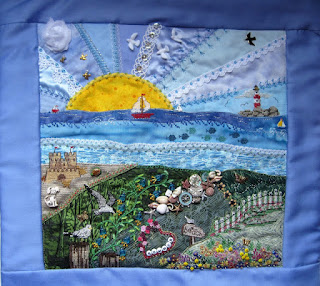 If you would like to see ALL the pillow covers in one place, have a look at the post found HERE.

In May I made this little Lego blanket for our oldest grandson (and another one will be created for our youngest in another while)... 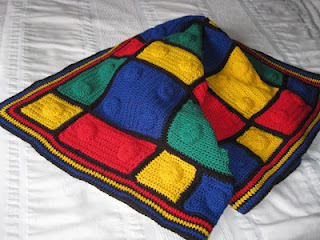 The pattern is called the 'Building Blocks Throw' and is free HERE.

Also in May and also for our oldest grandson, grandma created a pirate costume for him to wear at his birthday party. 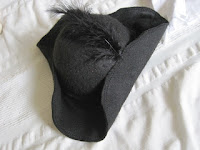 And, just to add a little humour to this post, HERE is another of my 'sillies' that I wrote about.

At the end of June in 2016 I began what would prove to be a long series of seam treatment designs that I insisted on sharing with you (whether you were interested or not!!).  You can get access to them all simply by clicking on 'seam treatments' in my sidebar.  All free - all the time!!

- If you are interested in miniatures - and paper - have a look at THIS amazing creation!

- If you have orphan quilt blocks and don't know what to do with them, how about making them into pincushions as you can see in this post HERE.  You'll have to scroll down a wee bit to see it.


Another anonymous quote..."One of the hardest lessons in life is letting go.  Whether it's guilt, anger, love, loss or betrayal.  Change is never easy.  We fight to hold on and we fight to let go"

Posted by Magpie's Mumblings at 10:07 AM