Oops -
don't blame me if you now have
the Freddy Fender song playing
in your brain!
(brilliant idea on my part
because now I'M stuck with it!!)

At any rate, the entire reason I went off on this particular tangent is that yesterday was quite simply one of THOSE days where I got nothing done except for doing errands.  The only saving grace out of it all was that we got our income tax done and we're getting a tidy little sum back.  Pays to turn one of 'those' numbers on my last birthday and get bumped up into the old farts league of deductions.  Woo hoo!

So....no pictures of any progress to show you on any front.  Had a project in mind and scuttled it in favour of being practical.  I had thought of turning one of my orphan crazy quilt blocks into a neck roll for our bed.  Brilliant plan, until I remembered that I don't like making the bed in the first place so why would I want to add another pillow to the mix that I would just have to deal with twice a day.  OK - put that idea on the back burner and turn my thoughts to contemplation of how I will create this..... 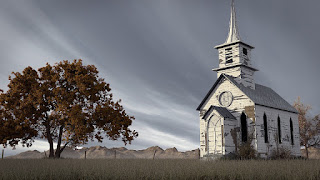 This is a free domain photo I found on the internet - at least from all the research I've been able to do it appears it is.  I don't normally use images from the internet for fear of them NOT being free domain but I love this wonderful old church so much that I decided to chance it.  Stay tuned!


- HERE is another fun idea for recycling denim.

- THIS would be a wonderful project to use up yarn scraps!

- I like THIS - would serve many uses I think.

- THESE look like toasty warm mittens that would be fun to knit.

Instead of a quote, I thought I'd share this with you instead.... 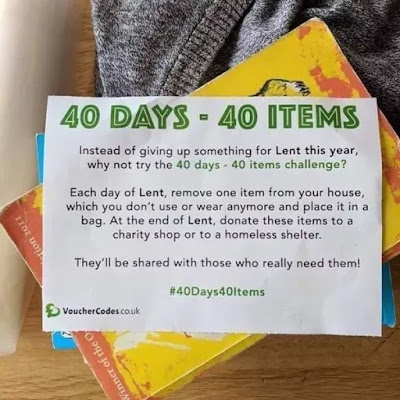 Posted by Magpie's Mumblings at 10:28 AM