A marvelous gift - and extreme disgust

First of all - I've been meaning to post a picture of the exciting gift that our #2 son and daughter-in-love gave me when they were visiting a few weeks ago. 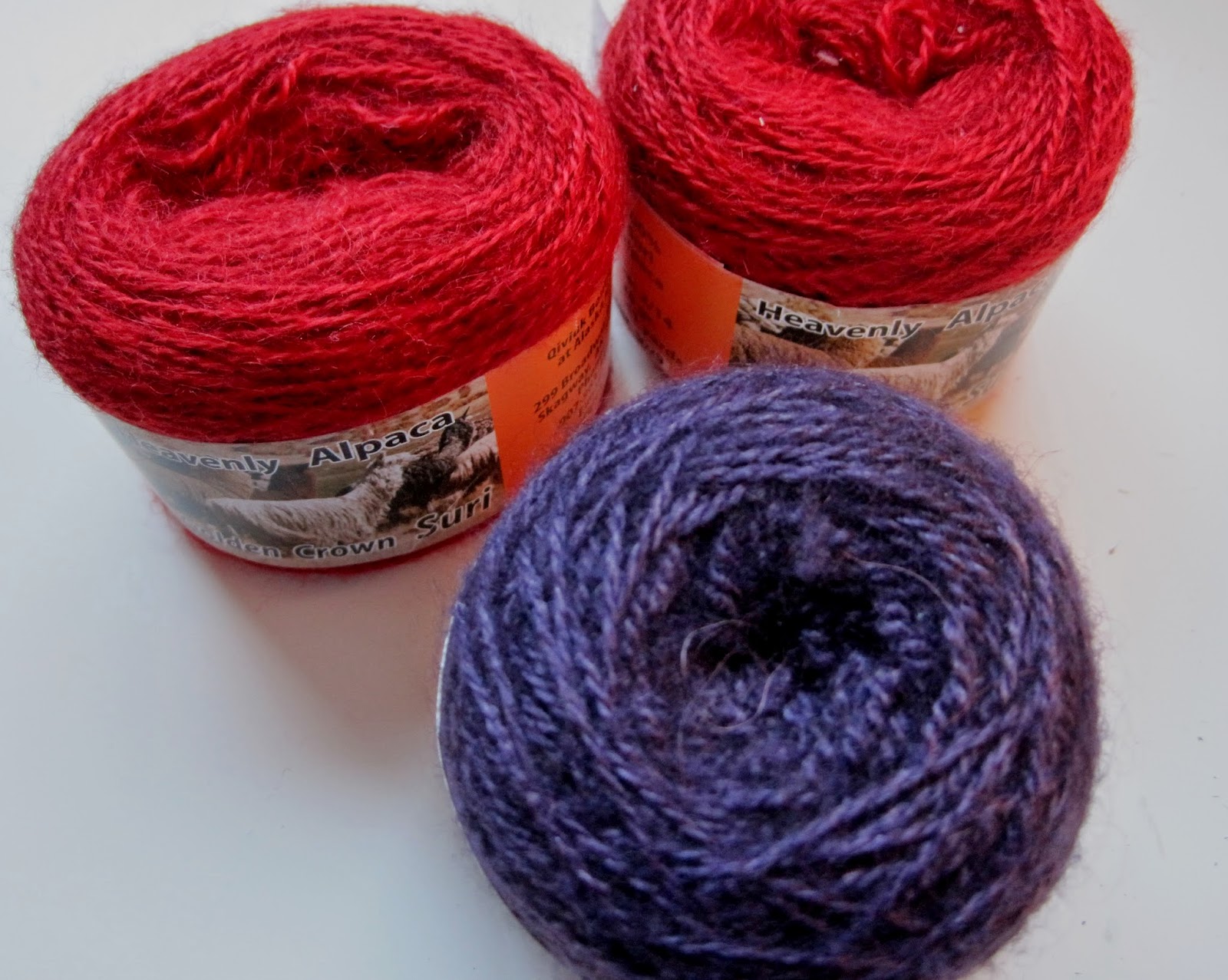 The two red skeins of yarn are 'Golden Crown Suri' - an absolutely gorgeous lace weight yarn made from alpaca.  So soft and luxurious!  The single ball in the front of the photo is Qiviuk which is made from the fine inner insulating layer of the Canadian Arctic Muskox.  It's also lace weight and there's enough yarn in that single ball to make a beautiful scarf.  They included the pattern in the gift (for the Qiviuk) and I've since ordered a cowl pattern from the company who makes the alpaca yarn.  And yes, I'm definitely intimidated to even start knitting with such expensive and luxurious yarn!!    If you want to learn more about these yarns I'm sure you can google 'Qiviuk' and/or Heavenly Alpaca.

Many of us in Canada have been pretty much glued to the news reports today after a horrendous terrorist attack at our nation's capital, following closely on another attack earlier in the week that happened in Quebec.  We don't like to think that these sorts of things can happen here, in a largely peaceful nation.  Obviously they can.  The people who do these sorts of atrocities deserve nothing but our extreme disgust.  Our prayers go out to the families of the soldiers who have died, as well as to those who have been injured.

Today I am giving you a quote from Napolean Hill.... "Until you have learned to be tolerant with those who do not always agree with you; until you have cultivated the habit of saying some kind word of those whom you do not admire; until you have formed the habit of looking for the good instead of the bad there is in others, you will be neither successful or happy"
Posted by Magpie's Mumblings at 4:34 PM